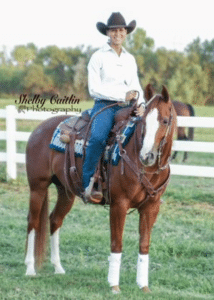 Marilyn was born in northern Illinois and grew up riding horses in 4-H. She attended Black Hawk College where she competed on the horse judging and equestrian teams. She then transferred to West Texas A&M University in Canyon, Texas and completed her bachelor’s degree in Equine Industry and Business. While at WT she competed on the equestrian team in horsemanship and reining and competed on the horse judging team where she was high individual overall at the AQHA World Show. She also competed on the stock horse team. Marilyn then started graduate school at WT and worked as the Operations Manager for the University Horse Center while completing her masters degree in Animal Science and coaching the stock horse team. During summers and down time Marilyn has had the privilege of working for Craig Morris Cutting Horses, Tom McCutcheon Reining Horses and several other performance horse trainers in Texas, Missouri and Illinois. Marilyn is an integral part of Al Dunning Training Stables where she helps give lessons, train horses and is in charge of all the horses health and fitness. We are proud to have Marilyn as an integral part of the team.

Kelsey is responsible for managing the Almosta Ranch office and the continued growth of the AD brand – Al Dunning Training Stables, AD Tack, Team AD, Al Dunning Clinics, and Dunning Consulting, LLC.  Kelsey graduated from Arizona State University summa cum laude with her B.A. in Journalism and Mass Communications ’14 and M.S. in Business Management ’15. While in college, she was President/Captain of the ASU Western Equestrian Team. She now actively competes at NCHA shows with Al and earned a Reserve World Championship title in 2017. Kelsey loves working at the Almosta Ranch, being able to combine her media and business background with her lifelong love of horses. 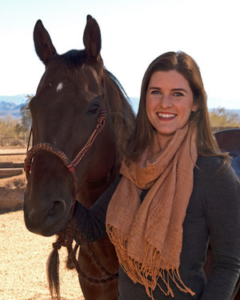 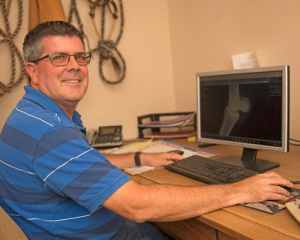 Dr. Jerry Longworth has spent a lifetime with animals. Jerry is a graduate of the University of Pennsylvania, and owns and operates Scottsdale Equine Reproduction Center, LLC.  Dr. Longworth has been caring for our horses since 2011.  His attention to detail and each animal’s welfare leaves no doubt that the horses at Almosta Ranch receive the best care.  From feeding and preventative care to soundness issues and rehabilitation, Dr. Longworth supervises and consults on all aspects of our program. In his spare time, you can find him in the cutting pen competing with his World Champion gelding, Zack and Blue.

Born in Blair, Nebraska, Eric has been shoeing horses professionally since 1990. He learned the trade from his father, who taught horseshoeing at the Oklahoma State Horseshoeing School. By age 11, Eric had passed a 2-week horseshoeing school. Eric and his family worked at various horse racing tracks, where he shod and exercised horses until age 18. He later apprenticed under horseshoer John MacKenzie for 2 years. In 1998, Eric won the Four Corners Shoeing Contest which consisted of making various shoes and shoeing a horse.
In his youth, Eric was an accomplished motocross racer and bronc rider, winning many titles and championships. Eric, his wife Leigh Ann, and their two daughters are actively involved in rodeo. Most recently Eric won the 2016 National Senior Pro Rodeo World Championship in heading and the 2016 NSPRA Finals average with Leigh Ann. 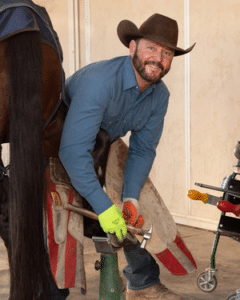